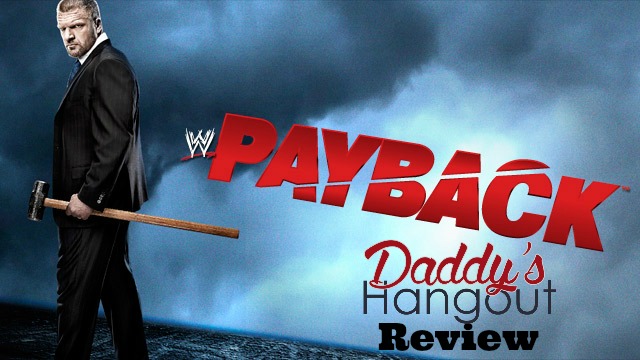 Well going to the PPV there were several pretty good storylines and also the PPV is in Chicago, so you know the crowd will be one of the best you can find which will add to the excitement of the PPV. Let’s see how things play out between Cesaro/Sheamus, Barrett/RVD, Cena/Wyatt, Bryan/Steph and the Shield/Evolution. Let’s get started!!!!! This is the opening match on the PPV between the United States Champion Sheamus and Cesaro. They have been having a pretty good feud over the last month which has saw each one of them get the upper hand on one another. As expected, these 2 had really a good match and the crowd was definitely into it and it was pretty physical also. In an unexpected move, Sheamus picked up the win via a rollup. Winner and Still United States Champion: Sheamus

Match Rating: 3.5/5- These 2 really got the crowd hyped and they put on a great effort as expected. It’s too soon for Sheamus to drop the title because he’s making the championship relevant again and I believe that Cesaro doesn’t need to belt since he’s had it already and he’s going to be out for bigger things in the future.

This was a last minute addition and we also got a backstage segment with the Rhodes Brothers with Cody saying they’re going to win and turn around all their bad luck they’ve had lately. The Rhodes Brothers basically made the tag scene relevant again in the WWE and they showed that they can still put on great tag matches, even with Rybaxel. Rybaxel has actually improved as a team and that probably has to do with Ryback improving because we already know that Axel can go. The finish came when Ryback caught Cody trying the Disaster Kick and hit him with the Shell Shocked for the win. Winners: Rybaxel

Match Rating: 2.5/5- Pretty good tag match and I added a ½ point with the furthering of the tension between the Rhodes Brothers when Cody told Goldust he need to find a better tag partner. This was a battle of 2 big, strong dudes in Rusev who represents Russia who’s managed by the lovely Lana against Big E who’s representing the USA. This feud started when Rusev tried to attack “Hacksaw” Jim Duggan a few weeks back on Raw and Big E made the save only to be beat up. This math didn’t go long enough but they were beating the hell out of each other and Big E hit a huge spear on Rusev through the ropes but Rusev picked up the win via submission. Winner: Rusev

Match Rating: 2/5- I would’ve given this match a high rating if it went a few minutes longer.

This was an impromptu match between Bo Dallas and Kofi Kingston but it never materialized because Kane showed up and destroyed Kingston. Afterwards, Bo Dallas got some cheap heat by telling Kofi to Bo-lieve after Kane left. Earlier in the day I knew something was up when Kofi was sending out some bad tweets about Stephanie McMahon abusing her power when it came to the Daniel Bryan situation. This match came about when RVD won the Beat the Clock challenge to crown a new #1 contender for the Intercontinental Championship. Barrett attacked him afterwards and they have been getting the upper hand on each other also. With this match, it was surprisingly really good because RVD haven’t been putting great efforts in his matches or maybe he’s worn out because he has a lot of miles on him. This match had some good wrestling, great counters and the crowd was really into it. In the end, Barrett hit him with the Bullhammer shot to win the match. Winner and Still Intercontinental Champion: “Bad News” Barrett

Match Rating: 3.5/5- These 2 really put on a good match and the right guy won since they’re trying to really push Barrett and the IC title.

Normally I don’t talk about segment for the PPV but this one between Stephanie McMahon, Daniel Bryan and Brie Bella was really great and I didn’t expect to see what took place. After running Bryan and Brie down and with the crowd taunting Stephanie, she mentions to Bryan don’t be a quitter like CM Punk which was SHOCKING!!!! Great back and forth action between Bryan and Steph when she finally told Bryan to give up the titles or Brie is fired and that’s when Brie grabbed the mic. The segment ended with Bryan keeping the titles, Brie quitting and slapping the hell out of Stephanie McMahon which shocked the hell out of her. The crowd was hot for this entire segment!!!! Great segment!! Here is the Last Man Standing Match between John Cena and Bray Wyatt, who’s been feuding with each other for about 3 months now. Bray has continued to get the best of Cena for the most part and Cena is definitely looking for revenge. Man the crowd once again was definitely behind the guy Cena wrestles and this was a great match. This had some great spots, involvement from the Usos and Harper and Rowan. The big spot was definitely Cena throwing those steel steps from the ring on to the floor into Bray’s head but he still got up. The finish came when Cena hit Bray with an AA through a box and slammed another box on top of it for the 10 count. Winner: John Cena

Match Rating: 4.25/5- What a match!!! These 2 beat the hell out of each other and the involvement of Harper, Rowan and the Usos added to the match. These 2 really did their thing.

This is for the Divas Championship when Paige defends against the wacky Alicia Fox. This match-up came about when Fox pulled off an upset a couple of weeks ago over Paige and Fox has been acting crazy ever since. This match-up between these 2 wasn’t too bad and was pretty physical and Fox isn’t a bad wrestler. Paige is a really good wrestler and would love for them to incorporate her NXT character more on the main roster. Paige got the win via submission!!!!! Winner and Still Divas Champion: Paige Now it’s time for the main event between Evolution and the Shield in a match-up between 2 great factions for bragging rights. The Shield beat Evolution at the last PPV Extreme Rules and now Evolution is looking for revenge in this No Holds Barred Elimination Match. They have been beating the hell out of each other for the last couple of months with Evolution getting the best of the Shield on the last Raw when HHH used his sledgehammer on the Shield. In this match-up, they beat the hell out of each other with Evolution beating the hell out of Ambrose and Rollins for they can take advantage by hitting the triple powerbomb on Reigns, beat him up with kendo sticks and chairs also while Ambrose and Rollins were laid out in the entrance way. The tide changed when Rollins leaped off the TitanTron onto Evolution. Batista was the first to be eliminated when Reigns speared him allowing Rollins to get the pin. Orton was the next to be eliminated when he tried to hit Reigns with the DDT from the 2nd rope when Ambrose hit him in the back with a chair, followed by hitting his finisher on Orton. That left HHH from Evolution but he received help when Batista speared Reigns and Orton low-blowed Ambrose allowing HHH to have the advantage. HHH was about to nail Reigns with the sledgehammer but Rollins leaped out of nowhere and hit him with the flying knee allowing Reigns to hit the spear and pin HHH for the win. Winners: The Shield

Match Rating: 4/5- Man this was a crazy match and it showcased the hell out of Reigns taking the beating, the athletic ability of Rollins and the tenacity of Ambrose. Can’t wait for Raw tomorrow to see what happens with the Shield and Evolution.

Overall Rating: 7.5/10- Was a pretty entertaining PPV with some really good matches between Cesaro/Sheamus and Barrett/RVD. There were a couple of great matches between Cena/Wyatt and Evolution/Shield. The segment between Stephanie/Daniel Bryan/Brie Bella was crazy also!!!

What did you all think about the PPV? What was your favorite match and your least favorite match? Make sure you head over to WWE.com and order the WWE Network. 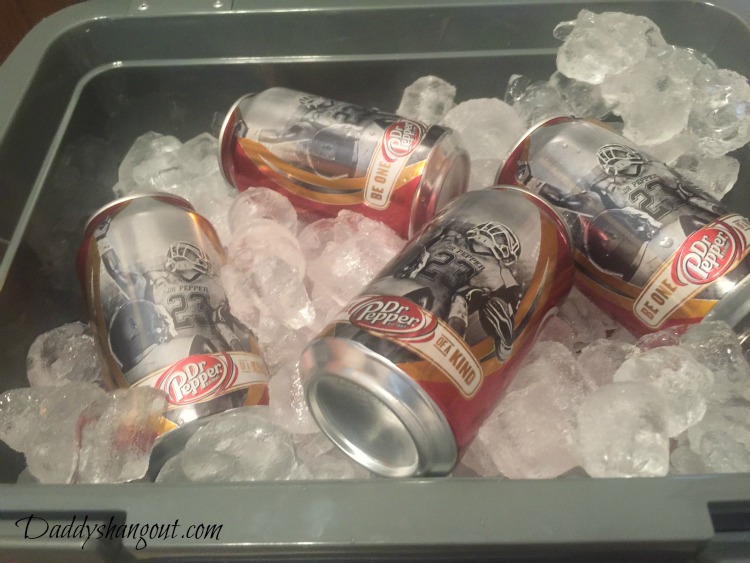 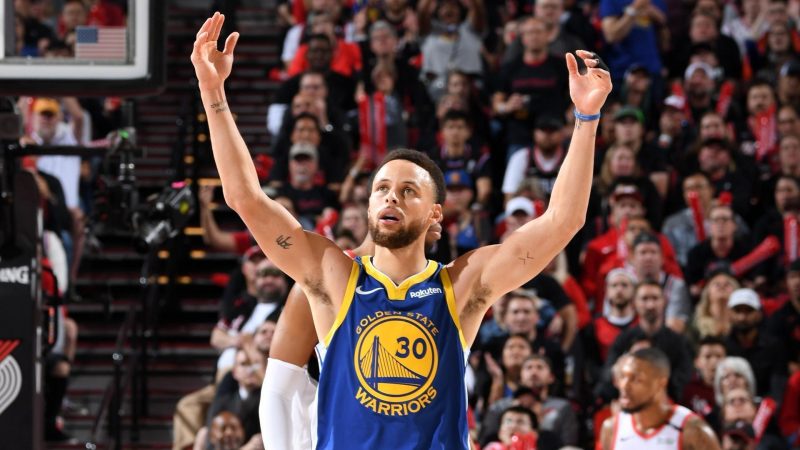