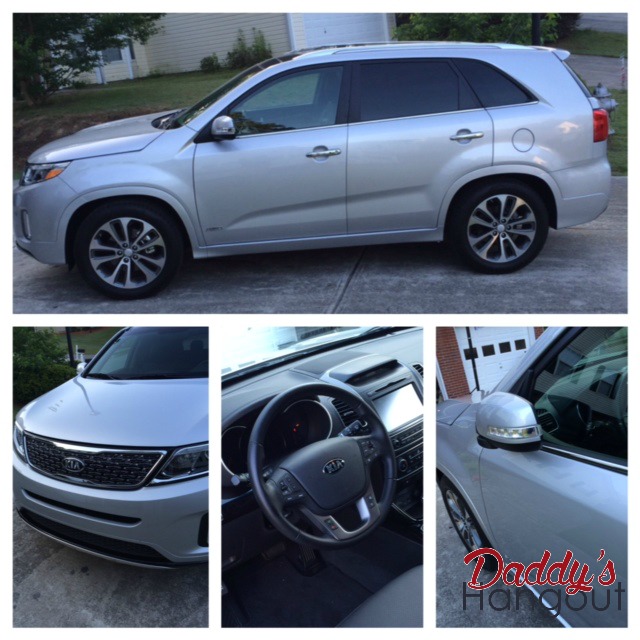 A few weeks ago when we were starting to plan our family vacation, which was to the mountains we started looking around for a vehicle that would be good to ride through the mountains and fit all of us in it also. You see we are a family of 5 with 2 tall teenagers who would need some leg room and places to plug in iPods if needed. While I was asking others online what kind of car or SUV we should take I was told about DriveSTI and how they help your needs while reviewing the car you want. It didn’t take long for me to ask for a Kia Sorento because I’ve seen them around all the time and I’ve always loved the Kia brand for several reasons, with one being I’ve been offered chances to relocate twice to work for them. So we were able to get the 2015 Kia Sorento SX and when I first seen it in our driveway I was like a kid during Christmas because it was beautiful. The man who brought me the Kia walked me through all the features that included everything about the GPS, Camera, the side windows folding in and pretty much everything and he did this for about an hour. Above was my best friend the entire time I was on the road because it was my first time traveling to Tennessee so it guided me the entire way to and all around the Pigeon Forge and Gatlinburg area with no problems, while adding restaurants and gas stations to stop. This screen also served as a camera also whenever I was backing up and it helped me get out of some tight spots also. This also connected my phone via Bluetooth also because I don’t pick up my phone whenever I’m driving. If that wasn’t enough it also synced my music from the phone also so I didn’t have to haul any CDs around. In the 2nd row seating there were places for the kids to charge their iPods on the long trip and I was able to control it in the front. As you see in the back that it does have 3rd row seating or you can keep the seats down and have a bigger trunk. Now if you choose to use it as a 3rd seat like we did for my daughter there was a place to charge her iPod up in the back also.

Kia Motors America (KMA) is the marketing and distribution arm of Kia Motors Corporation based in Seoul, South Korea. KMA proudly serves as the “Official Automotive Partner” of the NBA and LPGA and surpassed the 500,000 annual sales mark for the second consecutive year in 2013 following the launch of seven all-new or significantly redesigned vehicles. KMA offers a complete line of vehicles, including the flagship K900 rear-drive sedan, Cadenza premium sedan, Sorento CUV, Soul urban passenger vehicle, Sportage compact CUV, Optima midsize sedan, Optima Hybrid, the Forte compact sedan, Forte5 and Forte Koup, Rio and Rio 5-door sub-compacts and the Sedona minivan, through a network of more than 765 dealers across the United States. Kia’s U.S. manufacturing plant in West Point, Georgia, builds the Optima* and Sorento* and is responsible for the creation of more than 14,000 plant and supplier jobs.

First of all, I’m not someone who can tell you all about a car nor am I one of those guys that know a lot about cars. The first impression of the Kia Sorento when I first seen it was that it was a nice ride and the technology was MINDBLOWING!!!! I’ve told you everything I loved about the GPS, connecting my phone via Bluetooth and all the places to charge phones or iPods throughout the Kia. The Kia Sorento has an extended sunroof that reveals the beautiful sky when we were going through the mountains and it was a very smooth ride. One cool feature the car had was the ability to set up the position for 2 different drivers so you don’t have to continue moving the seat around all the time. This is a great vehicle that is great on gas and if we had one thing we didn’t like about it was we were packed pretty tight trying to seat 5 people with several bags and a cooler in the back.
Have you driven the 2015 Kia Sorento before? If so, what are some of the best features the car possess? If you haven’t driven it, what are some features that you really like about it? 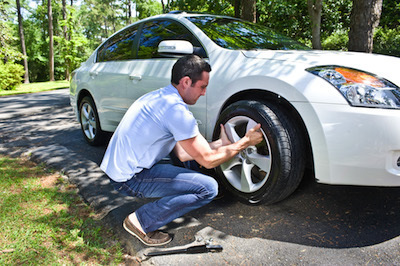 Save Money on Cooper Tires During the Fall Rebate Event 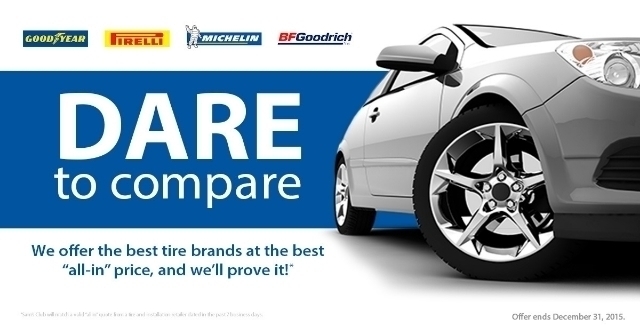 Check out the Sam’s Club Dare to Compare Event 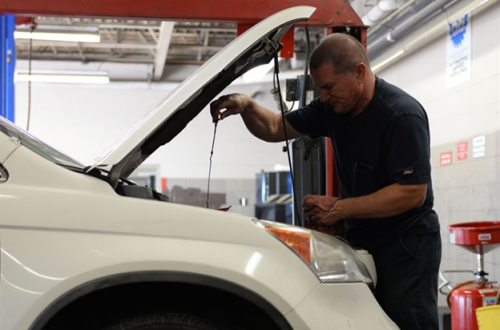 Your Car Is Not Bulletproof, So Avoid These Maintenance Mishaps