Welcome to another exciting weekend of college football and as the season nears the end, we will get to see what teams can stand the pressure and advance to the college football playoffs. Last week my record was 3-2, which make my overall record 37-17 and my overall winning percentage drops from 69.4% to 68.5%. This weekend will be pretty exciting since I’m going to tackle about seven games, with a few of them have major implications going forward. Let’s Get Started!!!

This is the big match-up this weekend as the 9th ranked Michigan State Spartans visits the 2nd ranked Ohio State Buckeyes. Last week, Connor Cook went down with a shoulder injury and this will be the biggest factor heading into this game because if he doesn’t play, then I don’t think the Spartans have any chance. Can the Spartans step up and upset the defending champs? The Buckeyes have pretty much cruised throughout the season without really having a tough opponent, but they have played better with J.T. Barrett at QB. The Buckeyes are the better team and will win.

We head to the Big-12 for this match-up as the 10th ranked Baylor Bears host the 4th ranked Oklahoma State Cowboys. The Bears are coming off their first defense of the year last week against Oklahoma and they’re looking to rebound from that loss. The Bears are still in the hunt for the playoffs, but they need to pull off the upset over the Cowboys to remain in contention. The Cowboys could be looking at the playoffs with a win over the Bears and their match-up next week against the Sooners could determine who reaches the playoffs. I’m going with the Cowboys to win at home!!

We stay in the Big-12 conference as the 11th ranked TCU Horned Frogs visit the 7th ranked Oklahoma Sooners in a key match-up with playoffs implications. The Horned Frogs are coming off their first loss of the year and in the process, they lost QB Trevone Boykin and WR Josh Doctson to injury last week and their staus is questionable for this game. The Sooners have looked like one of the better teams in the country since they lost to the Longhorns. If the Sooners and the Cowboys were to win their games, next week there game could be for a playoff berth. I’m taking the Sooners in this one!!

We head down to SEC country as the 15th ranked LSU Tigers, who’s on a two game losing streak facing the 22nd ranked Ole Miss Rebels. Just three weeks ago, LSU was picked by several experts to make the playoffs and win the national championship. Fast forward to now, they have dropped a couple of games in a row and it seems ever since that Crimson Tide game they haven’t looked the same. The Rebels are coming off their bye week after that heartbreaking loss to Arkansas that could keep them from reaching the SEC Championship. I’m picking the Rebels to keep the Tigers sliding.

We have a battle in the Big-10 conference as the 20th ranked Northwestern Wildcats visit the 25th ranked Wisconsin Badgers. The Wildcats surprisingly have won three games in a row after being blown out in consecutive weeks by Michigan and Iowa. Can the Wildcats pull off the road win and in the process have the opportunity to get a really good bowl game? The Badgers are in the midst of a five game winning streak and basically flown under the radar. Like Northwestern, the Badgers are looking to win out for the chance to go to a really good bowl game. I’m picking the Badgers to win this game!!

We have a battle between a couple of teams in the Pac-12 conference that many thought would be challenging for a conference title as the 24th ranked USC Trojans visit the 23rd ranked Oregon Ducks. The Trojans are in the midst of a four game winning streak and they still have a shot in the Pac-12 South if they win out and Utah loses at least one of their final games. The Oregon Ducks have quietly won four games in a row where they have been averaging over 42 points a game, but against the Trojans they will need to make a couple of plays on defense. I’m going with the Trojans to win!!

The final game of the weekend is also from the Pac-12 conference as the UCLA Bruins visit the 13th ranked Utah Utes in a key Pac-12 South match-up. After a disappointing loss last week against Washington State the Bruins still control their own destiny to reach the Pac-12 Championship game. If the Bruins beat the Utes, their game against USC next week will see who advance to the title game. The Utah Utes could all but wrap up the division with a win over UCLA because they should be heavily favored against Colorado. This will be a pretty good game and I believe the Utes will pull off the win. 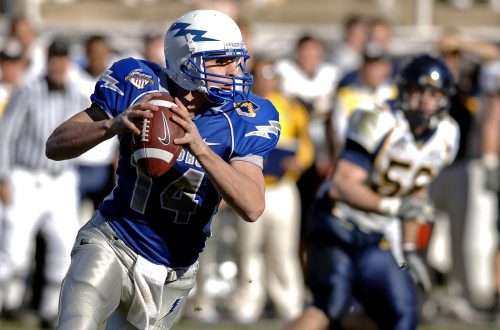 How to Prevent Concussions in Sports? 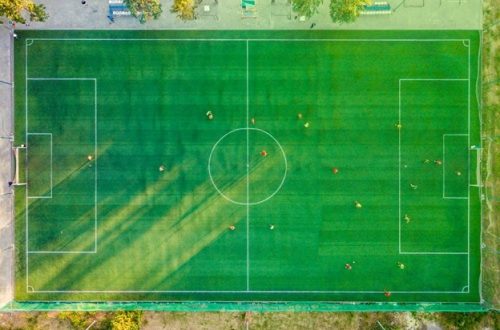