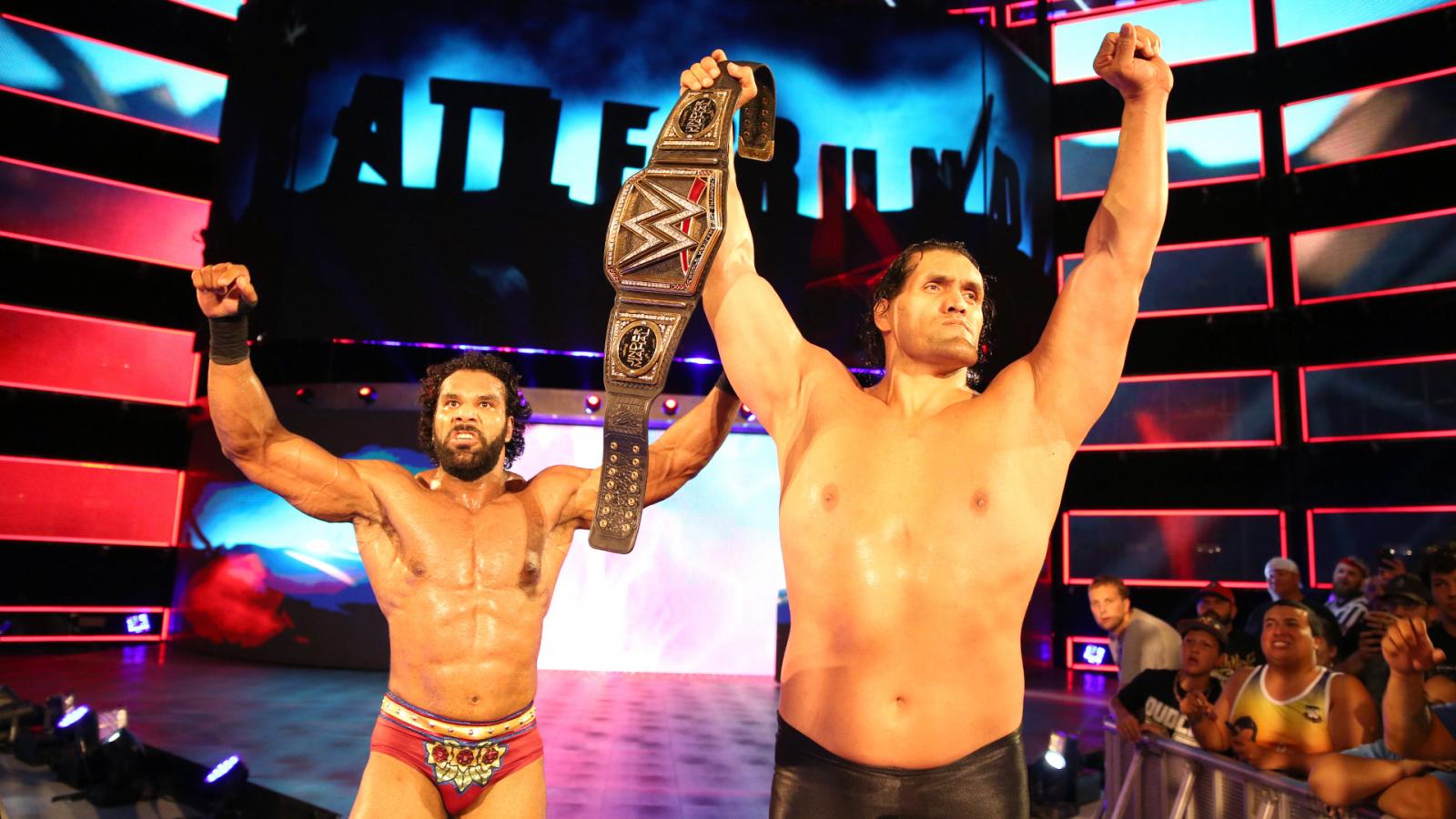 SmackDown Live had their final PPV, Battleground tonight as this is their final PPV before Summerslam. Summerslam is the biggest party of the Summer, but before that we have one more PPV to go. The main event was Jinder Mahal defending the WWE title against Randy Orton in a Punjabi Prison Match. A.J. Styles defended the United States Championship against former champ, Kevin Owens. The Usos put up their SmackDown tag titles against the New Day. Charlotte, Tamina, Becky Lynch, Lana and Natalya met in a Fatal 5-Way match to determine who faces Naomi at Summerslam. John Cena faced an old foe in Rusev in a Flag Pole Match. In a grudge match, Shinsuke Nakamura will face Mr. Money in the Bank, Baron Corbin. In a match that was made on the last edition of SmackDown, Sami Zayn get a rematch with Mike Kanellis. We’ll kick things off with the Usos battling the New Day for the SmackDown tag titles. These two teams have been feuding ever since New Day made their debut after the Superstar Shake-Up. For me, this feud has been awesome with the promos, rap battle and I had a feeling this match would be good. For New Day, Kofi Kingston and Xavier Woods were the ones going for their team. This match saw many nearfalls and crazy spots in it. Jimmy Uso hit Xavier Woods with a crazy superkick as he flew across the ring for a flying elbow. In another nearfall, Jimmy hit the splash from the top rope of Kofi, but he kicked out at the very end. In the end, Kofi hit Trouble in Paradise and Woods hit his flying elbow for the win. Winners and New SmackDown Tag Champs: New Day

Match Rating: 4/5- Awesome Match! Fantastic way to start the PPV and this match was crazy with the nearfalls and spots. The crowd was into it as they should’ve been. We had a battle between a pair of NXT standouts. Shinsuke Nakamura took on Mr. Money in the Bank, Baron Corbin. I like both of these guys, but I feel like their styles doesn’t mash very well. They started out fighting with both taking advantage at one point.  Corbin tried to get the best of Nakamura, but he counted and began hitting Corbin with knee strikes. Corbin came back, but it was short-lived as Nakamura took control of the match again. When it seemed like Nakamura was setting Corbin up for the win; Corbin hit Nakamura with a low-blow to get disqualified. Winner by DQ: Shinsuke Nakamura

Match Rating: 2.5/5- This match didn’t really do anything for me. Corbin got up and left, but he returned to hit Nakamura with the briefcase and hit the End of Days on him. We had the Fatal 5-Way Elimination match to determine who would face Naomi at Summerslam. Charlotte Flair, Tamina, Becky Lynch, Natalya and Lana battled to see who’s the new #1 contender for the SmackDown Women’s title. Coming into this match I thought Lana nor Tamina had a chance to win this match. Tamina was eliminated follow by Lana as Becky Lynch made both tap with the Dis-Armer. Afterwards, Natalya rolled up Becky Lynch from behind and pinned Lynch to eliminate her. Natalya and Charlotte battled for a good minute for the right to face Naomi. In the end, Natalya rammed Charlotte head first into the bottom turnbuckle and rolled her up for the win. Winner and New #1 Contender for SmackDown Women’s Title: Natalya

Match Rating: 2.5/5- This match had the potential to be very good, especially after Lana & Tamina was eliminated. It’s great to see Natalya get the nod to face Naomi and get the chance to become champ. We had the rematch for the United States title as A.J. Styles took on Kevin Owens. Styles & Owens are arguably two of the best wrestlers in the world and I was looking forward to this match. They were feeling each other out at the beginning of the match. Owens went crazy when he got his knees up when Styles attempted the 450 splash, hit the cannonball and made a pinfall attempt. Afterwards, they traded pinfall attempts until Owens went for the pop-up powerbomb. Styles countered to a calf crusher, Owens countered to a cross face and Styles done the same. Owens was able to roll Styles up for the pinfall as it seems like Styles got his shoulder up. Winner and New United States Champ: Kevin Owens

Match Rating: 3.25/5- Strange ending to the match as it may have been a part of the storyline and possibly facing each other again at Summerslam. We have the Flag Pole Match between John Cena and Rusev. I’ll be honest, I’m not a huge fan of these types of matches and really wasn’t excited about the match. The action started as soon as the bell rang with Rusev trying to retrieve the flag. These two battled everywhere during this match and up the aisle to ramp. During the match, both had chances to pull off the match. In the end, Rusev tried to put Cena in the Accolade, but Cena reverses it to the AA to put Rusev through the tables. Cena plants the American flag on the pedestal to pick up the win. Winner: John Cena

This is a rematch from this past edition of SmackDown Live. Mike Kanellis with his wife, Maria faced off against Sami Zayn once again. This feud need more time to develop for the fans to take interest in both characters. Sami Zayn picked up the win with the Helluva Kick to pick up the win. Winner: Sami Zayn We have the main event as Jinder Mahal defended his WWE title against Randy Orton in the Punjabi Prison Match. Once again, this is a gimmick match that I wasn’t feeling and I don’t think the fans felt it until the end. As far as the match, it was pretty brutal as you could see by the whips on Randy Orton. As usual, the Singh Brothers got involved and held Orton off and helped Mahal throughout the match. It was a crazy spot when Orton knocked one of the Singh Brothers from the top of the cage. When it seemed like Orton was on his way to recapture the title, Great Khali returned and helped Mahal retain the title. Winner and Still WWE Champ: Jinder Mahal

Match Rating: 2.75.5- I’m happy the WWE gave Jinder Mahal a chance to be the champion, but all this interference isn’t good for him in the long run. It would’ve been better if he were to pick up clean victories over Orton. On SmackDown, Mahal was wrestling and beating guys like Tye Dillinger and other mid-card talent.

Overall Rating: 6/10- This PPV really didn’t do too much for me besides a couple of matches. Whether it was the actual matches or the booking, something just didn’t seem right about this PPV. Below are my top 3 matches of the PPV.

What did you think about Battleground? What was your favorite match of the night? Leave a comment below about the PPV. 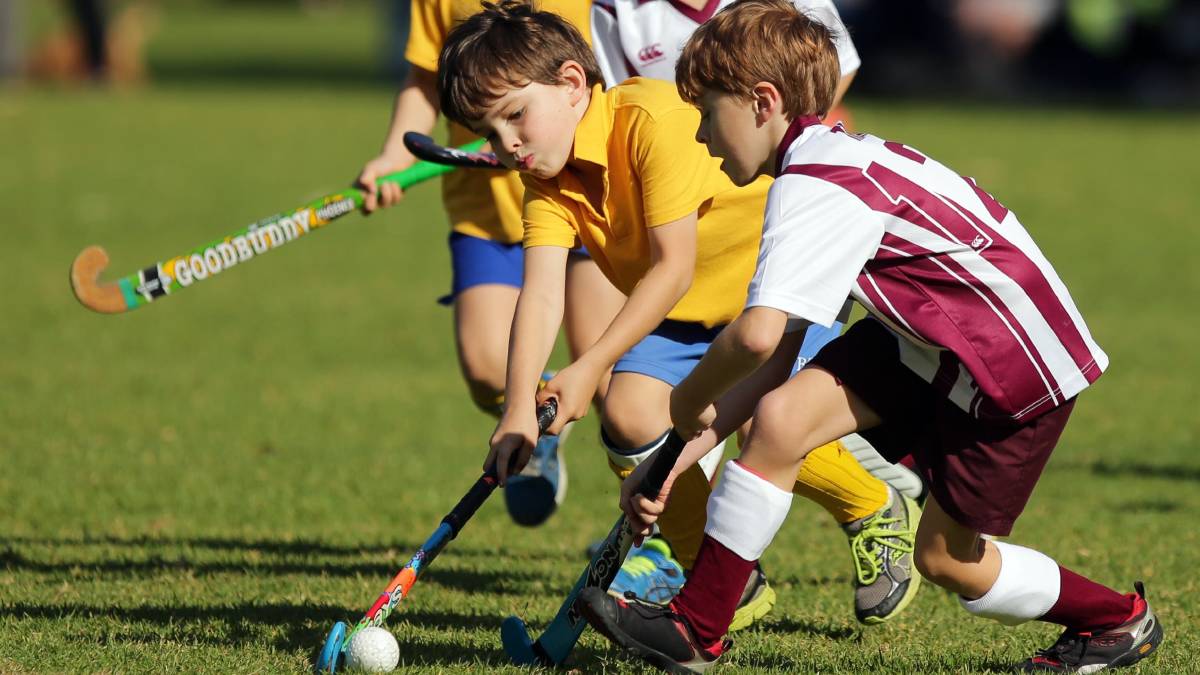