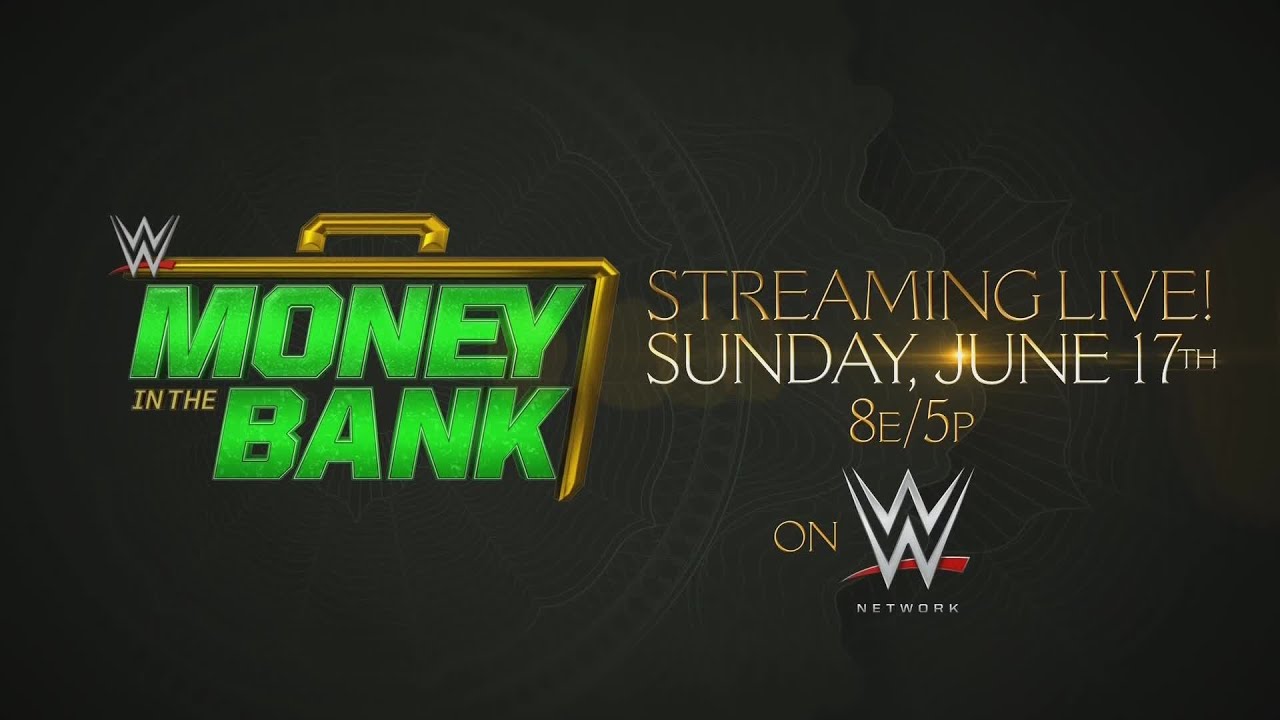 It’s time for one of my favorite WWE PPVs and that’s Money In the Bank. Over the years, this PPV has produced some amazing moments. One of my favorite had to be C.M. Punk beating John Cena for the WWE title. For me, that’s one of those all-time great moments in WWE history. Unfortunately, Punk and the WWE isn’t on the best of terms. Enough of that, let’s jump right into the PPV. We had the men and women competing in the ladder match for the briefcase. A.J. Styles put the WWE title on the line against Shinsuke Nakamura once again. Pretty much all championships were defended except the United States and Cruiserweight belts.  Let’s take a look and see if my preview aligned with the actual event. We kicked the PPV off with a battle between David and Goliath. Daniel Bryan faced off against Big Cass in a rematch from Backlash. Big Cass used his power and size against Bryan throughout the match, plus some taunting in the process. Daniel Bryan used his speed and submission moves while working on the surgically repaired knee of Cass. Throughout the match, Daniel Bryan got in a good amount of offense as did Big Cass. There was plenty of nearfalls throughout the match and a few crazy spots. It seemed like Cass had Bryan beat on a few occasions. After Big Cass had Bryan in the Torture Rack, Bryan reversed it, hit the flying knee and made Cass tap when he was put in a submission hold. Winner: Daniel Bryan

Match Rating: 3.25/5- Great good opener as you can never go wrong with Daniel Bryan. Who does Bryan feud with next? This is the match between Bobby Lashley and Sami Zayn. Honestly, this feud is doing absolutely nothing for me and Lashley deserves better since returning. While I’m hoping this feud is over I’m hoping they do something different with Sami Zayn’s character. He’s really annoying, but that may be the direction they’re going with him, but I don’t like it. After hitting multiple vertical suplexes, Lashley won the match by pinning Zayn with one hand. Winner: Bobby Lashley Seth Rollins defended his Intercontinental Championship against Elias. With Seth Rollins, he’s arguably the best wrestler in the WWE right now and Elias has a bright future. Coming into this match, no matter what happened, these two could see each other in a championship feud down the road. The match started out slow with more of a feeling out process. The match picked up when Elias went ham on Rollins after he tossed him into the protective barricade during an attempted suicide dive. Rollins eventually got the win after a reverse rollup and holding the tights. Winner and Still Intercontinental Champ: Seth Rollins We had the Women’s Money in the Bank match and I’m thinking it will be better than last year. Ember Moon has a bright future as she was very impressive throughout the match. Naomi is as athletic as any one on the roster and that includes the men too. Becky Lynch continues to be so close, but so far away as she deserves better. Sasha Banks has got to be sore today as she took some sick bumps. Charlotte was dominant, and Alexa Bliss avoided the ladies for the most part. Some of the highs were Becky’s innovative way of climbing the ladder and Bliss turning Charlotte’s power bomb into code red. As I predicted, Alexa Bliss walked away with the briefcase when the match ended. Winner and the New Mrs. Money in the Bank: Alexa Bliss

Match Rating: 3.5/5- This was beyond better than last year and I figured Bliss would win. We have Jinder Mahal taking on Roman Reigns in this match. This feud started when Mahal cost Reigns a shot at the Money in the Bank match. They have beating each other up ever since with Mahal taking out Rollins and Reigns at one point. Reigns has taken out Sunil Singh, which is why he’s in a “wheelchair”. The crowd took over this match and basically shitted on it. Being someone that’s attended several WWE events over the years, this pissed me off. Definitely understand you’re a paying customer, but sometimes they make things worse than what they really are. Roman hit the spear on Mahal to pick up the win. Winner: Roman Reigns We have Carmella defending her SmackDown Live Women’s Championship against Asuka. Carmella really doesn’t do anything for me as far as in-ring work. She tries, but there’s something just missing from her character. If you follow wrestling, then you know that Asuka is miles ahead of Carmella, but this could benefit Carmella though. After Carmella attempted several pins, Asuka kicked her in the head and then someone dressed as Asuka appeared on the apron. It’s none other than James Ellsworth and that allowed Carmella to hit a huge kick to the head of Asuka for the win. Winner and Still SmackDown Women’s Champ: Carmella

Match Rating: 2.5/5- Maybe this is what Carmella needed and that’s her having James Ellsworth back. For Asuka, she will eventually win the title, but we get to enjoy her chase. We have the Last Man Standing Match as A.J. Styles defends his WWE Championship against Shinsuke Nakamura. With all they’ve put each other through to get to this point, we knew it would be crazy. With all the craziness, things picked up when Nakamura Kinshasa Styles. Styles gets to his feet at 9. Nakamura brings Styles onto a table. Nakamura’s knee gives out. Styles pushes Nakamura off the table. Styles hits a Phenomenal Forearm off the table. Styles hits the Styles Clash off the ring steps! Nakamura gets to his feet at 9.9. Nakamura tells Styles to come on. Styles kicks Nakamura in the nuts. Styles dives from in the ring to the outside and puts Nakamura through a table with a Phenomenal Forearm. Styles beat the count and Nakamura is still laid out. Winner and Still WWE Champ: A.J. Styles

Match Rating: 3.75/5- This was probably their best encounter, but with the Extreme Rules PPV next, could we see them battle again? Nia Jax defended her Raw Women’s Championship against Ronda Rousey. This was the first singles match for Rousey on live TV and many were intrigued to see what she would do. This match took place when Nia Jax challenged Rousey on the red carpet a few week ago. The match went how we thought with Jax using her power and size against Rousey. On the other hand, Ronda Rousey relied on her submission style and aggressiveness. During the match, Rousey hit a sick judo throw on Jax, which was impressive. Towards the end, Rousey continued to try to lock in the armbar, but Alexa Bliss appeared and hit her with the briefcase. After taking out Rousey on the outside, Bliss cashed in her briefcase after nailing Jax several times. After hitting the Twisted Bliss, she pinned Jax. Winner and New Raw Women’s Champ: Alexa Bliss We finally have the main event and it’s the Men’s Money in the Bank match. Coming into this match, my pick was Samoa Joe because I thought he could antagonize A.J. Styles with it. First of all, New Day picked Kofi Kingston to represent them. Honestly, I can see why because he took some crazy bumps in this match, but that’s what Kofi do in these matches. Everyone went after Strowman to start the match and they even buried him under ladders on stage. Sick spots in the match included Strowman tossing Owens off that huge ladder through a table. Finn Balor hit the Coup De Grace on Bobby Roode from a nice sized ladder from the outside into the ring. All the guys damn near had a chance to retrieve the briefcase, but in the end Strowman grabbed it. Winner and Mr. Money in the Bank: Braun Strowman

Match Rating: 3.75/5- Don’t know how this will play out, maybe he’ll challenge Brock for the title using the briefcase ahead of time ala John Cena.

Overall Rating: 6.5/10- This was nowhere near NXTTakeover: Chicago II and previous Money in the Bank PPVs. Overall, it was exciting and had its moments, but it could’ve been better. Below are my top-3 matches. 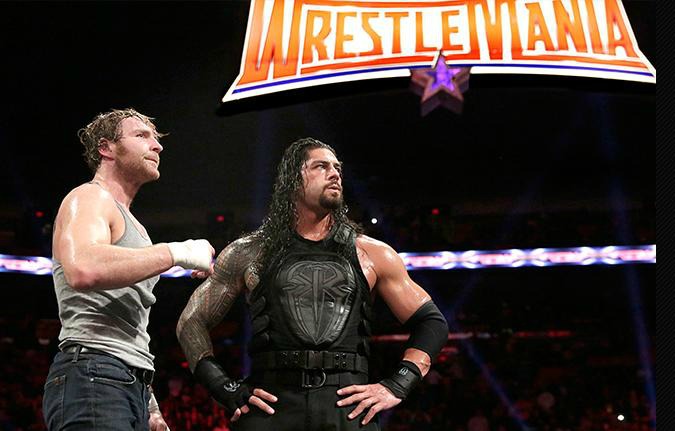 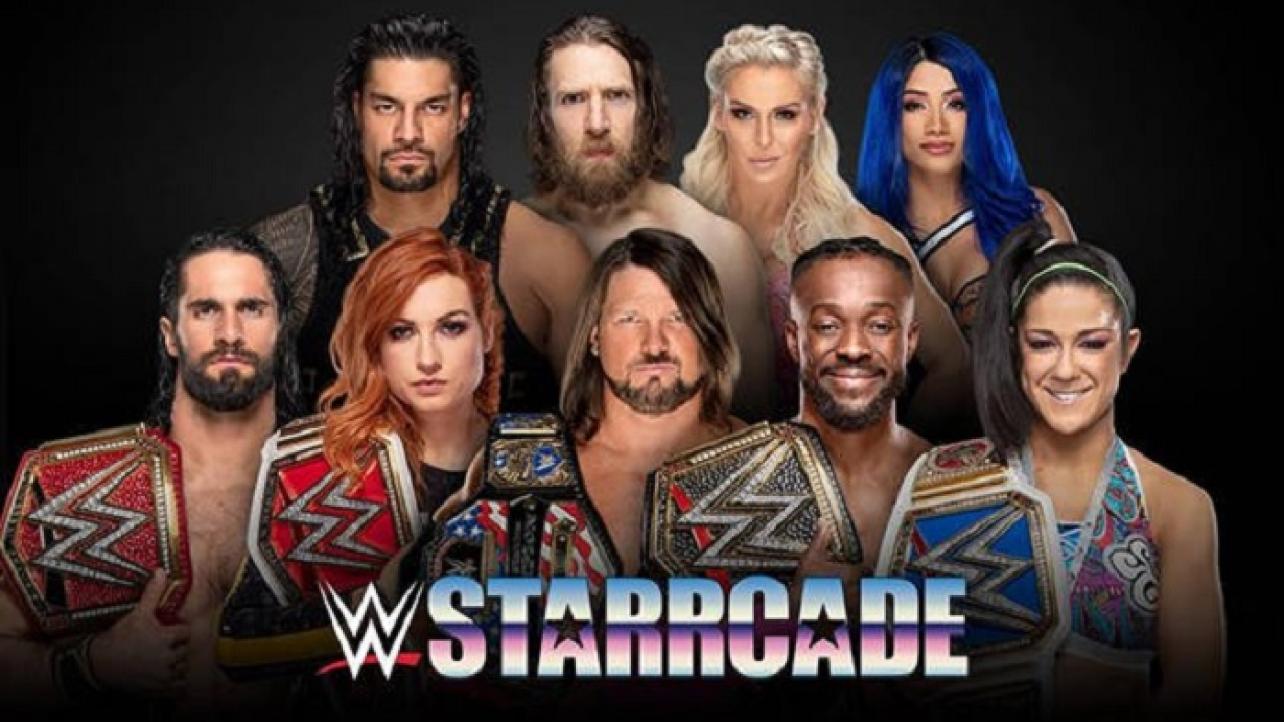