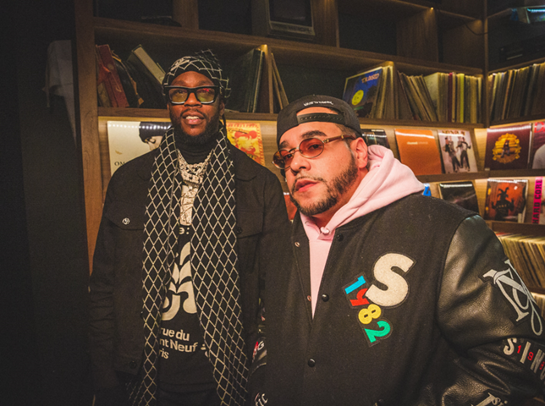 The collaboration between Fuse and Genius brings the world’s biggest collection of song lyrics and music knowledge to linear television for the first time. The series will feature the best of Genius’s artist-centric content, including Verified, Deconstructed, and For The Record With Rob Markman, along with other existing formats that will air under the Genius x Fuse banner.

Said Fuse Media Chief Content Officer J-T Ladt, “Partnering with such a credible resonating brand like Genius allows us to continue to expand our music culture-based content offerings to our growing young audience in an impactful way.”

“Genius champions artists who are shaping today’s music culture, and our digital content spotlighting their craft and creativity resonates intensely with our online audience. We’re thrilled to partner with Fuse to bring these lyrical deep-dives to linear television, where they can reach an even broader audience of true music fans,” said Joshua Asen, Genius’s Head of TV & Film.

The partnership with Genius exemplifies Fuse’s successful strategy of leveraging both homegrown and acquired digital content and developing it into a new series for linear television. For example, Made From Scratch, which originated as a Fuse YouTube format, closed out its first season in November with its most watched telecast on linear, while Complex x Fuse—a curation of popular content from Complex’s digital network—continues to see season-to-season growth over the course of its five seasons.

In the premiere episode of Genius x Fuse airing March 18, Alicia Keys breaks down the meaning of her latest hit, “Underdog,” on Verified; 2 Chainz discusses his new label T.R.U. with Rob Markman on For The Record; and producer Hit-Boy dissects how Kendrick Lamar’s “Backseat Freestyle” was made on Deconstructed.