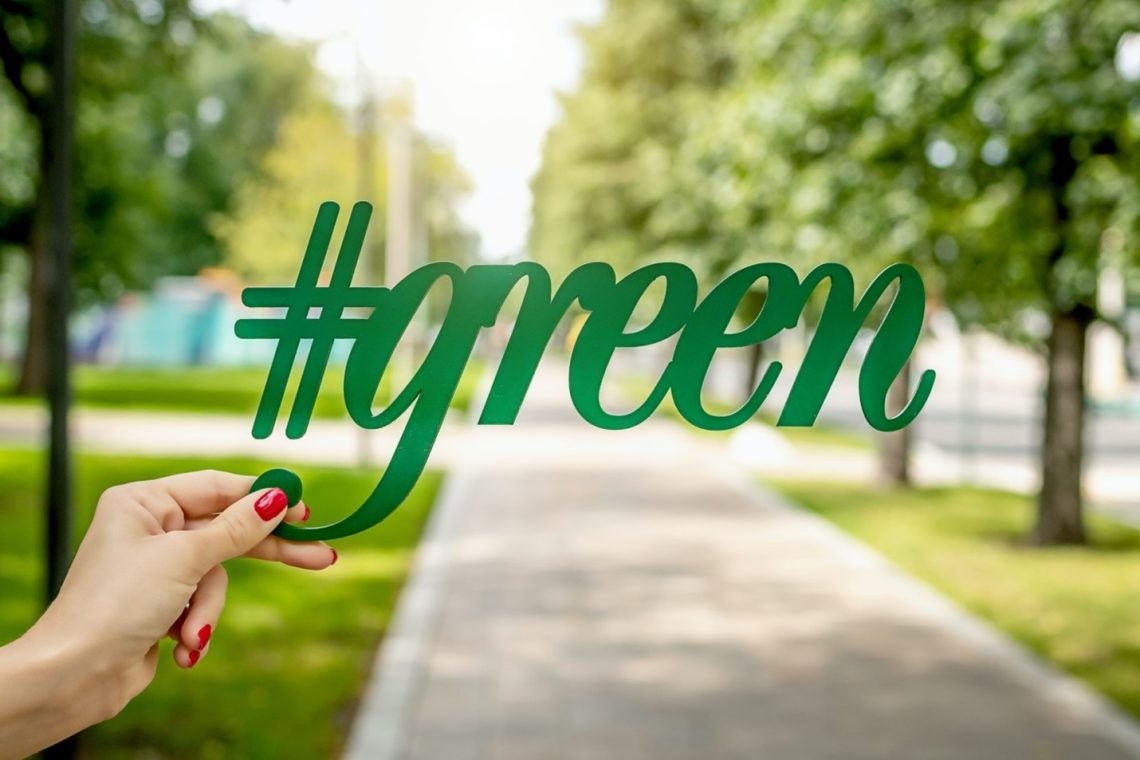 Climate change remains a hot button of controversy all over the world. In the U.S., climate change issues often play a huge role in the political landscape. According to recently conducted research by Pew Research Center, about two-thirds (65%) of adult Americans think that the government is not doing enough to fight the negative effects of climate change.

Whether or not you believe climate change is the most important issue the world is facing today, it would still seem that we all have a responsibility to participate in treating our environment with the respect it deserves.

As U.S. citizens, we can’t control what the rest of the world does. What we can do is lead by example. After all these years, recycling remains the one thing we could all be doing to minimize the effects of pollution on the planet. With that said, we are challenged to stay current with our recycling efforts. Why? Scientists are often changing their position, and the recycling process seems to always be evolving and becoming more complicated.

One issue that seems to always be hitting the news is plastic pollution and how we collectively deal with it. For instance, Yale School of Environment reminds us that the U.S. is a larger producer of plastic waste than previously thought, producing 42 million metric tons of waste, or 286 pounds per person. For many decades, the push was always towards manufacturers using recyclable plastic products and consumers dealing with the plastic waste problem through recycling. In recent years, the continued viability of plastics recycling has been called into question.

In the following sections, we want to address the current state of plastics recycling in America.

What Are Plastics Made Of?

Without going too far into the science, plastics are made from crude oil and natural gases through a process called “crackling.” Through this process, hydrocarbon monomers like ethylene, propylene, styrene, and vinyl chloride are converted into various forms of plastic materials. The final plastic material manufacturers want/need will play a role in how the crude oil/natural gases are processed. The main concern is it takes a ton of work and professional skills to produce plastics. There isn’t one obvious cycle either, since there are numerous sorts of plastics.

Stats show that the amount of recycled plastics in the U.S. is pretty small, about three million tons for a 8.7 percent recycling rate. But, the recycling of some specific types of plastic containers is more significant.

If all things were equal, using recycled plastic would probably be a better alternative for manufacturing as opposed to using environmentally unfriendly petroleum products. Unfortunately, all things are not equal.

There are major issues facing manufacturers that would prefer using recycled plastic if it made sense. It’s far less expressive to use “virgin” petroleum products that come straight from processing facilities. Using recycled plastic has gotten too expensive because of complications in the recycling process.

It starts with marketing efforts to consumers regarding how important it is to recycle. From there, people need ways to get their plastic waste to local recycling facilities. That requires help from the trash collection industry and the maintenance of recycling collection centers. All of this costs money. After adding in the handling and transportation costs of plastic waste to recycling plants, the price manufacturers would have to pay for plastic manufacturing materials quickly becomes too prohibitive. Why? All of those extra costs would have to be passed on to consumers who aren’t willing to absorb those costs.

The second major issue is the actual chemical content of recycled plastic. When a manufacturer has to rely on plastic materials with a specific chemical structure, they can’t risk using materials that would infringe on that structure. Since it’s nearly impossible for plastic recyclers and recycling plants to distinguish the chemical makeup of every piece of plastic, there is no telling what the chemical makeup would be of a particular batch of recycled plastic materials.

When faced with this problem, manufacturers have to side with the safe alternative, which is using virgin petroleum materials that have the right chemical structure. Could plastic recyclers and recycling plants do a better job of separating the plastics that come into their facilities? Perhaps, but it would be labor-intensive and cost money, which would require manufacturers to bear those costs. It’s a money game.

The bottom line is this. As long as petroleum prices remain undervalued and recycling costs remain high, pricing issues will always point towards the least expensive alternative, using virgin petroleum products. But, there is still hope as better management systems are introduced and communities gain valuable experience by improving recycling processes.

Is It Still Practical for Consumers to Benefit From Selling Plastic Trash to Recycling Centers?

As consumers, we tend to get nickeled and dimed with everything we do. There was a time when it made sense for a family to collect their plastic trash and make a trip to a local recycling center where they could sell their wares. Unfortunately, those days seem to be fading into the past. Columbia Climate School warns that in 1960, 2.68 pounds of garbage was generated per day and by 2017, these numbers had increased to an average of 4.51 pounds. Keeping in mind that numerous U.S. citizens still obediently put waste into their recycling canisters, quite a bit of waste doesn’t really turn out to be recycled.

The primary reason a trip to a recycling center no longer makes sense is that the amount of money per pound that centers are willing to pay for recyclable plastic has dropped. The drop has been necessitated by the aforementioned rising costs of the recycling process. If the cost of gas to get to a recycling center is more than the payment received, the motivation to make that trip is gone.

The fact recycling centers have gotten stricter about the recyclables they’ll accept has also become a problem. As a result, more consumers are opting to pay to have recycling trash hauled away where these issues become someone else’s problems.

How Different Regions in the U.S. Deal With the Plastic Recycling Issue

Today, each state in the U.S. is charged with deciding how it wants to handle the recycling of plastics. The primary concerns revolve around the environment and the cost of recycling.

In wealthier, more liberal states like California, Illinois, Washington, and New York, the state governments and populations seem more attuned to environmental issues. These are the states that are showing a willingness to support the recycling of all kinds of waste products.

In “blue-collar states”, think Midwest and south, the governments and populations are more sensitive to budget concerns than they are the environment. They are more conditioned to less consideration of environmental concerns if they can’t physically see the problem. That’s why these states tend to throw their support towards disposal efforts with landfills and incineration plants.

Nevertheless, nine states are realizing that coordinated action is required and taking it a step further by committing to longer-term planning and making progress towards a circular economy. States include California, Colorado, Hawaii, Maryland, New Hampshire, New York, Oregon, Vermont, and Washington.

Are We Being Told the Truth About Environmental Issues and Recycling?

What if the oil industry has not been forthcoming about the viability of recycling plastic? In a September 2020 NPR article, this very question was put on the table.

In the article, the NPR and PBS Frontline did some investigating about how “Big Oil” really viewed the recycling of plastics. What they found was evidence that big oil and plastic manufacturers never really believed in the viability of recycling these materials. They knew recycling would be expensive and manufacturers would never be willing to bear the costs.

Why would they not be forthcoming with the American public about this topic? The answer might lie in a comment made by Larry Thomas, former president of the Society of the Plastics Industry, when he stated, “If the public thinks that recycling is working, then they are not going to be as concerned about the environment.” 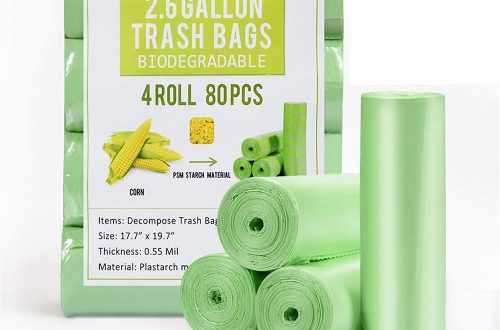 6 Amazing Facts No One Tells You About Biodegradable Plastic Bags 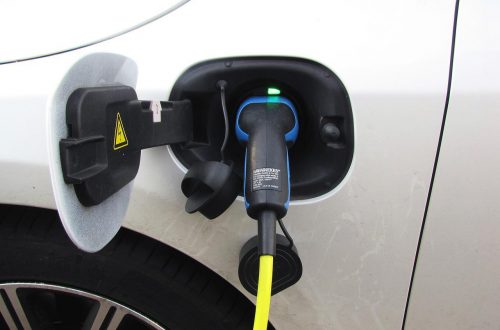 6 Reasons Your Next Ride Should Be an Electric Vehicle 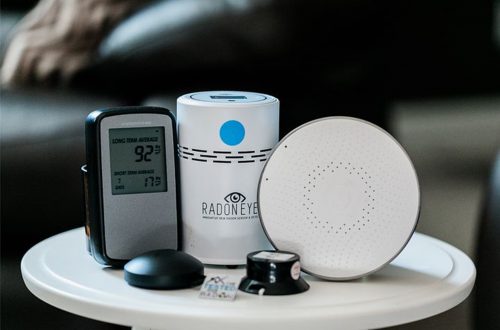